Raleigh, NC — Dozens of Carolina Hurricanes fans have taken to social media in an uproar, with many saying they believe they caught COVID after attending last week’s playoff games, which were packed with at least 20,000 screaming fans. Masks are considered optional inside the PNC Arena.

One woman posted on Twitter that she, her husband and at least 12 other people came down with COVID after attending the game.

Travis O’Neal, another one of those new positive COVID cases, says he was triple vaccinated and had the booster. He and his friend both ended up getting COVID.

“Symptom onset started around Sunday,” he says. “Pretty safe to say that is where we got it.”

Paul Cooper also went to the game with his daughter, and he says they both started getting sick on Sunday also. He said he didn’t see anyone wearing masks, but it didn’t bother him.

“At this point it didn’t bother me. I was ready for masks to end,” he says.

The state health department said they have not received any word of an outbreak at the games, and the CDC no longer requires contract tracing for the general public.

Whether at a Hurricanes game or any other large-scale event, doctors say social gatherings are leading to a spike in COVID cases around Wake County.

The metrics agree: Over 17,000 new cases were reported statewide last week, and Wake County’s COVID cases are growing at double the rate of the state as whole. Wake County alone saw 3,665 new cases reported in the week ending May 7. That’s a growth of 36% week-over-week. 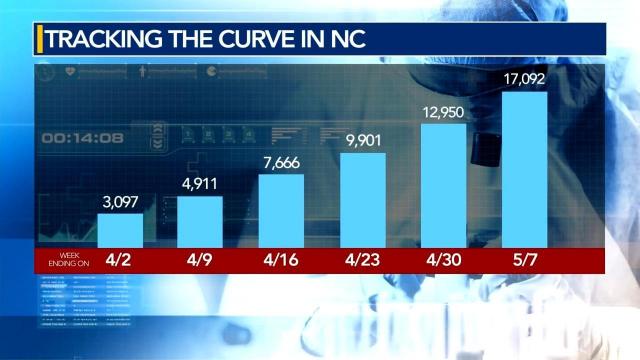 Dr. Jim Parsons, who has practiced in downtown Raleigh for more than 40 years, says COVID cases have increased in his office over the past three weeks.

In regard to the Hurricanes: They said they won’t be commenting on those who claim they contracted COVID at the playoff games. Doctors are emphasizing the rise in COVID cases isn’t specific to the Hurricanes game, but that any large-scale, indoor gathering with optional masks could have similar risks.

Wake County is still sitting in a low transmission level, with the percent positivity just over 10%. However, with new sub-variants and increased large-scale gatherings, health officials are preparing for a summer surge.