At The Bistro, Leo happily tells someone over the phone that “he proposed.” He adds, “No, there’s nothing that bitch can do about it.” He hangs up when Craig enters, explaining he was sharing the good news with an old friend. Craig, in turn, shares that he and Nancy will be signing the divorce papers tonight. When Craig assumes “the bitch” he was referring to on the phone was Nancy, he again asks him not to disparage her. Leo corrects him, he was referring to Chloe. Craig defends his daughter and they move on anticipating their wedding. Craig kisses Leo and leaves to meet Nancy. Once he’s gone, Leo grins and says, “It won’t be long until I am married to medicine.”

More: Is this Days’ next great rivalry? 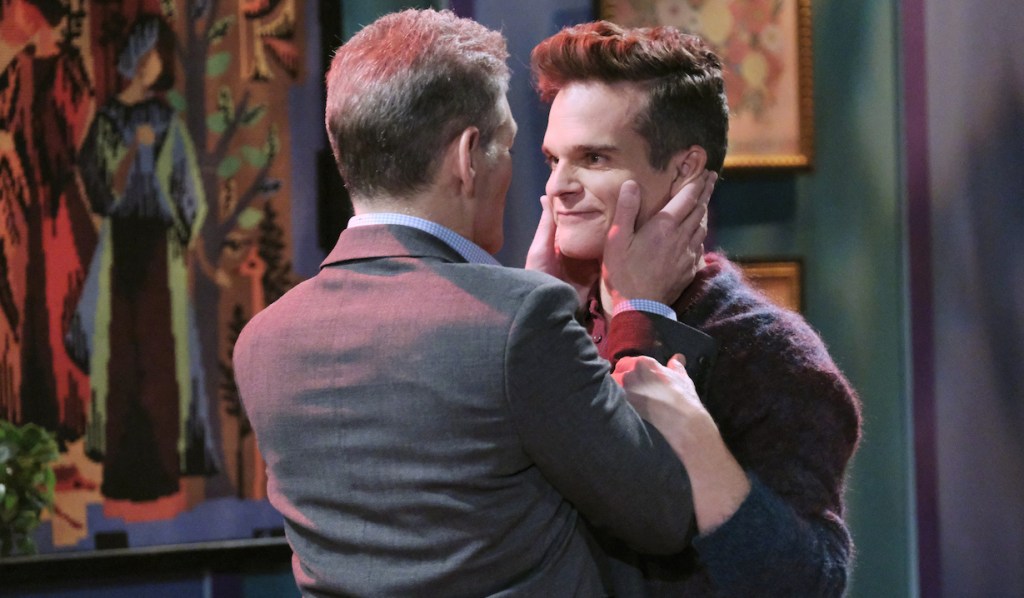 Brady and Chloe rush into the Brady Pub, begging Nancy to stall the divorce until they can figure out how to prevent Craig from making the biggest mistake of his life. Nancy declares Craig made his bed with Leo and now he can lie in it. Besides, she used their divorce as a means to keep Marlena’s job. If she doesn’t sign, then Marlena will be fired.

Chloe and Brady leave when Justin arrives with the divorce papers. Craig joins them. After a tense greeting, both parties sign the papers. Justin leaves and Nancy stands to do the same, but Craig asks her to have one last drink for old time’s sake.

More: Kate’s unaired response to Toby on This Is Us 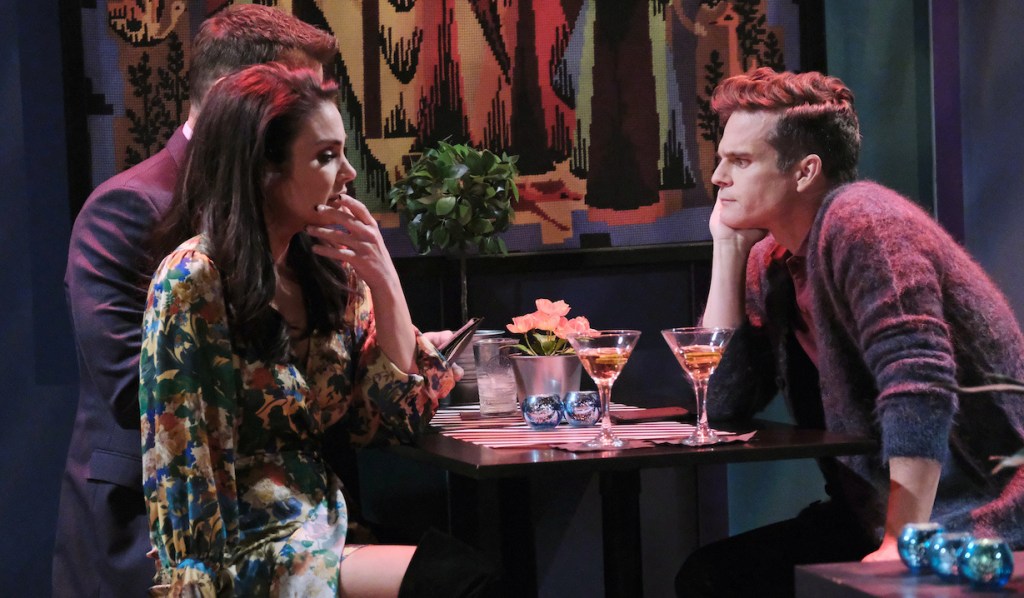 As Xander looks at expensive tuxedos on his tablet in his Salem Inn room, Maggie stops by. Xander gently tells her he and Gwen are engaged. Maggie wonders if that’s a good idea. Xander declares he loves Gwen, but Maggie knows it’s not as much as he loves Sarah. Xander explains Sarah inspired him to be a better man, but he lost hope when he lost her. When Gwen came along, he related to her need to be loved. He doesn’t condone the things she’s done, but he understands it. They were there for each other during the darkest times of their lives. Maggie hopes he finds happiness with Gwen. She then informs him she’s taking Sarah to the long-term facility in Florida where Abigail was treated after Gwen drugged her. Xander wishes her luck and asks her to keep him updated. She really does hope Gwen makes him happy.

More: The fiery Days scene that left everyone screaming 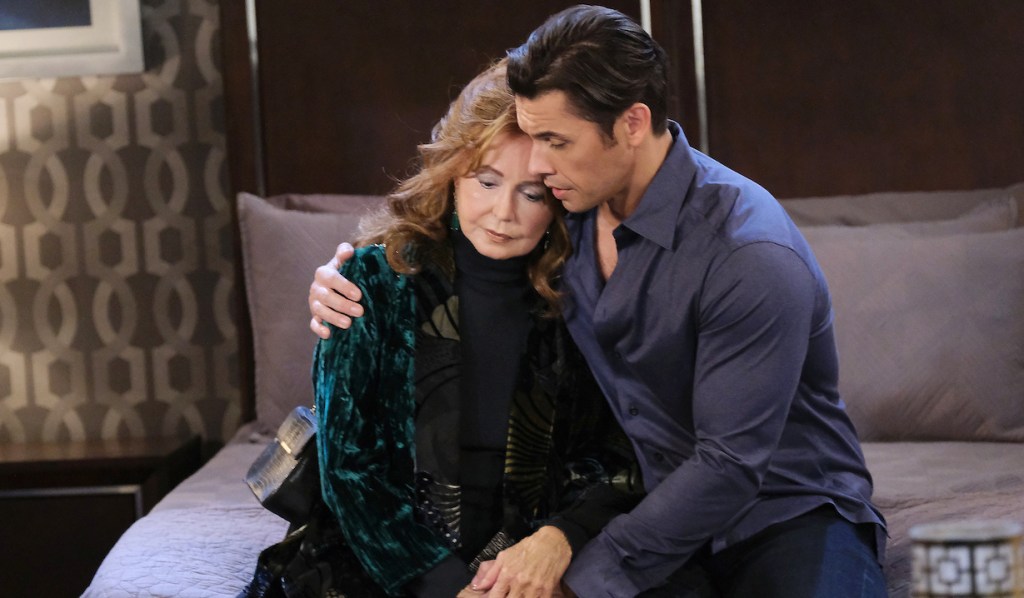 At the Kiriakis mansion, Sonny tells Chad Victor wants him back as CEO of Titan. They go through the pros and cons, one being working opposite Chad when he finally gets DiMera back. Ultimately, Sonny needs to talk it over with Will to get some clarity. Before he leaves, Chad asks if he’s done trying to get Craig to see the light about Leo. Sonny holds out hope he’ll come to his senses.

More: AMC alum reaches out before heading into surgery

Later, Brady stops by the mansion as Sonny hangs up with Will. Brady’s looking for Maggie before she leaves with Sarah. But, he also tells Sonny that Leo was just gloating to someone named Jackie about marrying Craig as soon as possible. Sonny recognizes the name from the Peacock caper as Leo’s partner in crime. 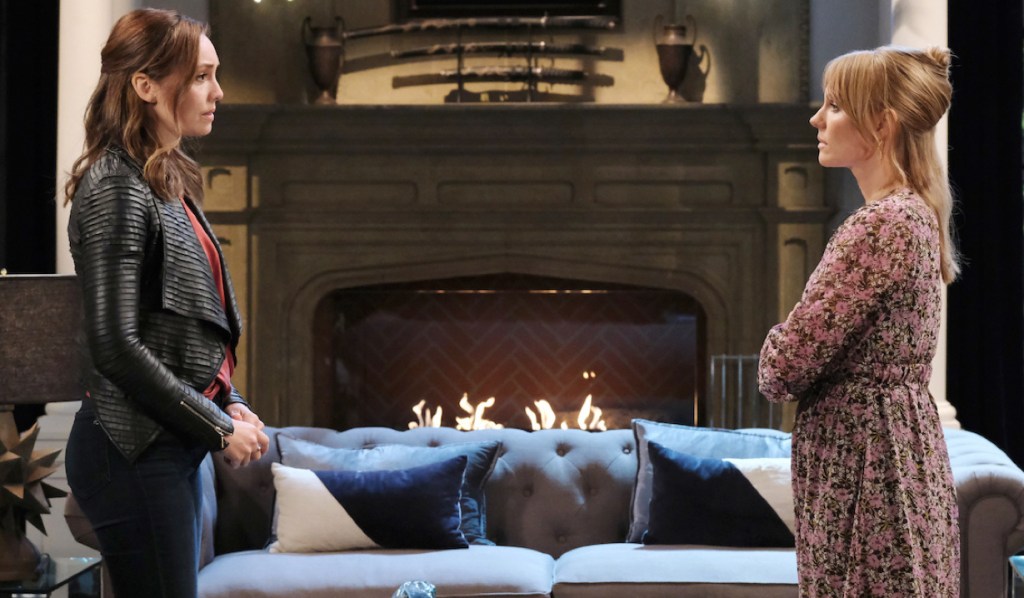 Abigail finds Gwen waiting for her in the DiMera living room. Gwen asks her to be her matron of honor. Abigail is skeptical, but Gwen explains she’s doing this for Jack. Wouldn’t it be wonderful for him to see his two daughters acting like real sisters? She knows they got off to a rocky start, but this could be the first step in them potentially becoming real sisters. If Abigail wo n’t do it for her, then she should do it for their father. Abigail says, “What the hell. What’s the worst that could happen?”

More: Another World stars, then and now 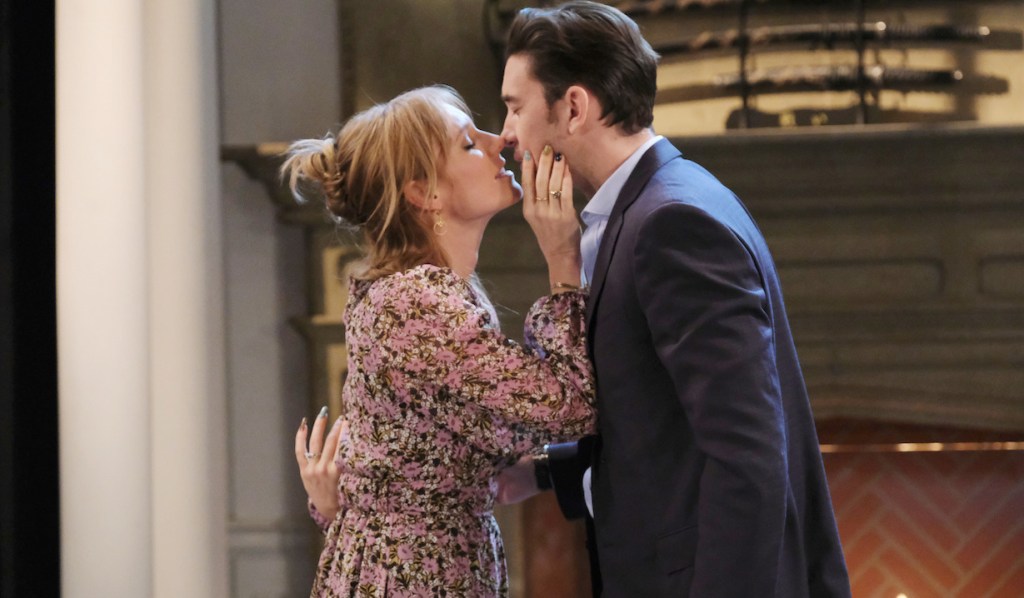 Chad comes home to find a grateful Gwen hugging Abigail. Gwen leaves and Abigail explains everything to a confused Chad. After he fails to convince her to change her mind about being in the wedding, Chad tells her he talked with Rolf about the antidote, which he should have worked. Abigail points out it worked out for Gwen. After confirming the kids are asleep, Chad kisses his wife and suggests some naked hide and go seek for Mom and Dad. They passionately kiss. She pushes him back on the couch and says, “Tag. You’re it.” She runs upstairs. Chad starts stripping and follows.

More: Paul Telfer muses on the ‘better fit’ for Xander 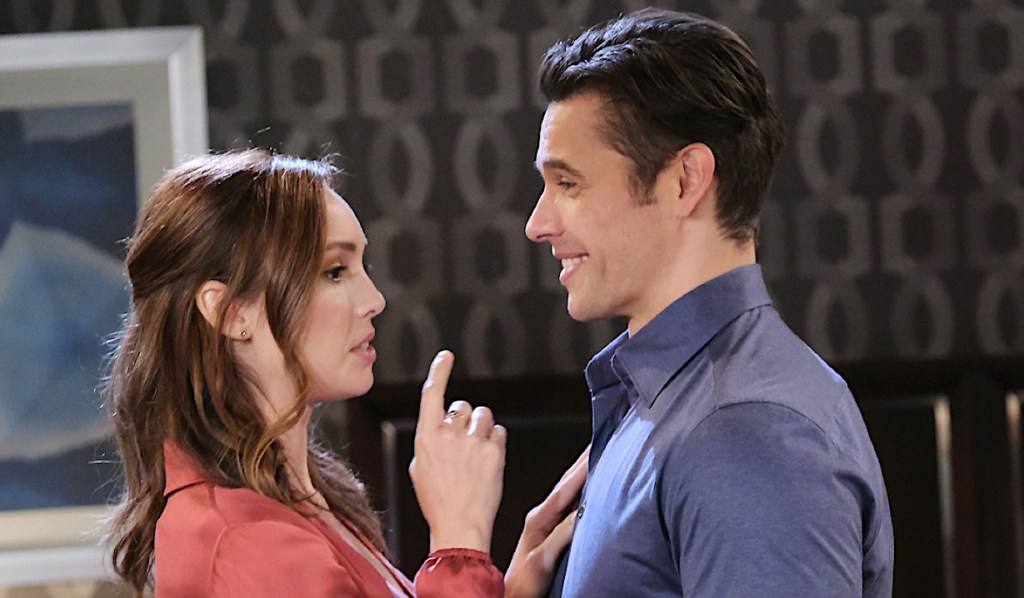 Gwen comes home to Xander, who tells her Sarah is being taken to Florida. He calls what’s been done to Sarah tragic and then asks about Abigail. He’s thrilled to learn Abby agreed to be her matron of honor. They look forward to their wedding in a few days, despite their tight budget. Gwen flits off to Sweet Bits to get them working on their wedding cake.

In the Square, Gwen literally bumps into Leo. They both laugh upon recognizing the other. They exclaim in unison, “What are you doing in Salem?!”

next ten Days of Our Lives: Gabi goes undercover, and Craig and Nancy reminisce.

Check out the photo gallery below of Chad and Abigail’s love story.