Epic Games launches the new “Fornite” Coachella 2022 Music Fest event. The giant game developer revealed the in-game content as a part of its partnership with Coachella. 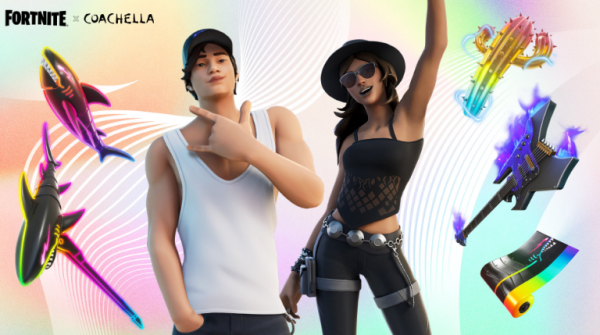 I Fuck with basic skins but im trying to save my money from school on something cooler.
sadly

Coachella, an annual music festival held at the Empire Polo Club in Indio, California, will be held this month. It is organized by the Goldenvoice, a subsidiary of AEG (The Anschutz Corporation) Presents. The actual Coachella 2022 Music Fest is expected to have Harry Styles, Billie Eilish, and other popular musicians as performers.

Based on the description from Fortnite’s Australia/New Zealand Twitter account, this is going to be “The FIRST Wave” of Coachella Cosmetics.

So expect more Fortnite x Coachella in the future. pic.twitter.com/ahiba2voL0

Now, what can you expect from the new “Fornite” Coachella 2022 Music Fest event?

According to The Verge’s latest report, the new “Fornite” Coachella 2022 Music Fest event will offer new skins. These cosmetics will have Coachella themes. 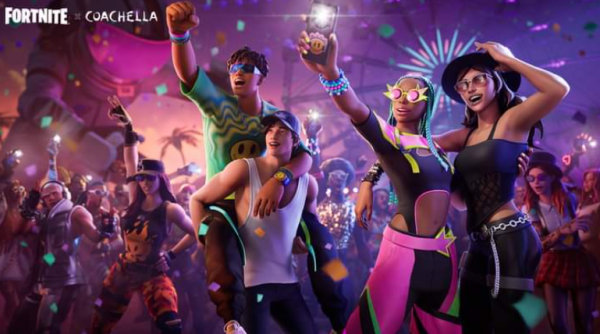 Coachella🤘😝🤘🎵
I’m so excited for this collaboration! My favorite is the two girls and than the boy with the green shirt! Coachella I’m coming ❤Who will meet with me? #FortniteChapter3Season2#Coachella2022 pic.twitter.com/MdZyazEz6o

Aside from new character outfits, the giant game developer will also allow players to listen to the songs of more than 30 musicians participating in the live Coachella 2022 event.

To do this, all you need to do is use a vehicle while playing “Fortnite.” Game critics said that the latest in-game enhancement is a clear sign that Epic Games is now focusing on music-themed content.

Recently, the title creator also launched events that involved musicians. These include Ariana Grande, Marshmello, as well as Travis Scott.

The new “Fortnite” event will last from Apr. 14 until May. 16. Thanks to this duration, gamers can enjoy the Coachella-themed content for more than a month.

If you are planning to play during the event, here are the new cosmetics you can expect:

Aside from new skins, the loading screen of “Fornite” will also have a new look. This visual display will show the Coachella-themed character cosmetics, allowing you to feel the music vibe even before the game starts.

If you want to see more details about the new “Fornite” Coachella 2022 Music Fest event, you can visit Epic Games’ official blog post.

For more news updates about “Fornite” and other popular shooting games, always keep your tabs open here at TechTimes.