“It was just sort of dramatic and tabloid-y,” the actress said of her relationship with Damon, whom she dated from 1997 to 1998.

Minnie Driver is taking a look back at her very public relationship with Matt Damon in the late ’90s.

While doing press on Thursday to promote her new book, “Managing Expectations: A Memoir in Essays,” the actress opened up about her past romance with Damon, whom she dated from 1997 to 1998 after the two met on the set of “Good Will Hunting.” 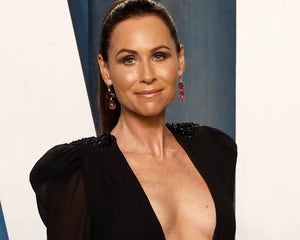 During an appearance on ITV’s “This Morning” Thursday, Driver, 45, said she “remember[s] that time so fondly” despite the fact that their split was “so dramatically reported on.”

Meanwhile, the “Cinderella” actress also recalled her relationship with Damon, 51, during an interview on “The Chris Evans Breakfast Show with Sky.”

“Matt Damon was just this lovely, talented, great person who was also very young and got famous very fast,” Driver said. “And people don’t always behave well in situations when you’re under pressure.”

“It was a very sweet romance that we had,” she continued. “And I really do look back on it with such fondness no matter how it ended up. It was just sort of dramatic and tabloid-y and was really unbelievable.”

Driver — who also details her relationship with Damon in her book — went on to recall her reaction to seeing magazine covers about Damon and his new love interest following their breakup.

“At the time, it was weird, walking down the aisle in the supermarket with magazine covers in stereo of him making out with his new girlfriend after we’d broken up,” she said.

However, Driver pointed out: “We really did fancy each other, we really were good friends at that point.”

While speaking with Entertainment Tonight earlier this month, the “Speechless” star said it was “agony” seeing tabloid magazines about the split.

“I don’t care who you are, that is agony and it’s like a strange, surreal dream,” she explained. “But I know he did n’t put that picture there. It’s so tricky, because it’s not deliberate, he could n’t have helped how famous he became and how his life was being picked over, in the same way that mine was “

Driver added, “It’s funny now, when I think about walking down the magazine aisle in my local supermarket at midnight with my best friend, we were like, ‘Are you seeing this? This is super weird.’ My friend, Alexandra was like, ‘Oh my god, I can’t believe this is happening, like, I feel like we’re in a movie. I would totally watch this movie, even though I know you’re super heartbroken, but this is really weird.'”

Meanwhile, Driver and Damon both later moved on. Since 2019, Driver has been in a relationship with Addison O’Dea, with whom she is engaged. She also has a 13-year-old son, Henry, from a former relationship.