Riot Games files a new lawsuit against Moonton, the game behind “Mobile Legends.” This is not new since the “League of Legends” creator has been complaining about the in-game content of “ML” for the past few years now. 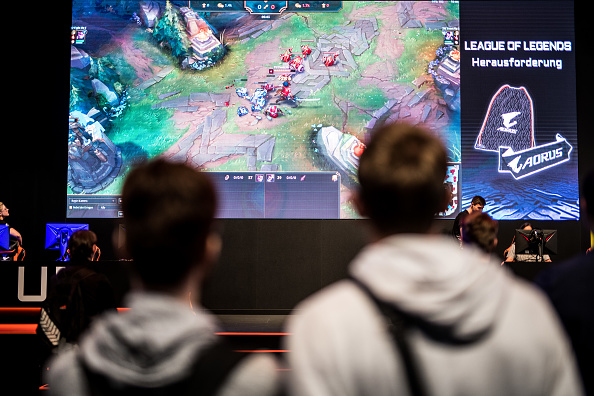 (Photo : Photo by Lukas Schulze/Getty Images)
Visitors try out the latest version of League of Legends during the press day at the 2019 Gamescom gaming trade fair on August 20, 2019 in Cologne, Germany. Gamescom 2019, the biggest video gaming trade fair in the world, will be open to the public from August 21-24.

If you are a fan of both games, then you will know that “Mobile Legends” have a lot of content that is very similar to the features and characters offered in the Summoner’s Rift.

For example, the bushes and lanings in “Mobile Legends” are the same as the ones in “League of Legends.” On the other hand, the Scuttle Crab in the Summoner’s Rift has a counterpart in “ML” called Lithowanderer, which offers vision and character buff.

(Photo : Photo by CHRIS DELMAS/AFP via Getty Images)
This photo illustration shows a smartphone screen with the game “League of Legends” in front of the Riot Games logo displayed on a computer screen in Los Angeles, December 27, 2021. – Riot Games, maker of the massively popular “League of Legends, ” announced on December 27 it had agreed to pay 100 million USD to settle a gender discrimination argument.

“Moonton’s strategy is blatant copying. As discussed below, over the years, as Riot updated its video game, Moonton would copy it,” said Riot Games via its official argument file.

The game developer further explained that Moonton has been copying “League of Legends” for the past few years. Riot Games claims that the competitor will copy all its activities, from promotional materials to in-game updates and new trailers.

The “LoL” creator said that this is a serious issue since “Mobile Legends” is one of the main competitors of its new “Wild Rift” mobile title.

In the new lawsuit, the logo images of “League of Legends” and “Mobile Legends: Bang Bang” were provided. Based on the photos, the fonts and other designs in their logos are quite similar.

Now, the new Guinevere Psionic Oracle and Ahri KDA skins really have the same designs. These include the tails, the crystal visual effects, and many more.

This is what the new argument against Moonton is trying to prevent.

On the other hand, “League of Legends” Prestige Points have been removed from the Summoner’s Rift.

For more news updates about “League of Legends” and other popular games, always keep your tabs open here at TechTimes.