“No Man’s Sky” new updated (Update 3.85) offers new exciting features, including the Outlaws Expansion. The new enhancement of Hello Games will be available on all platforms. 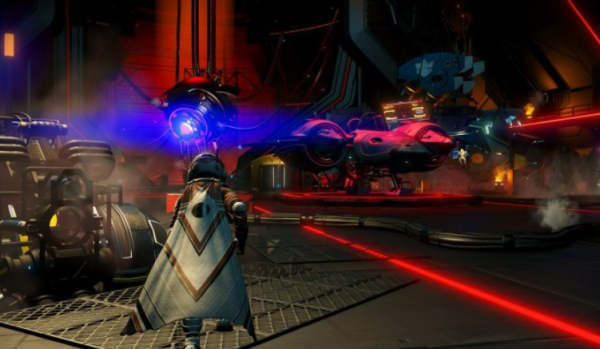 This means that Xbox, PlayStation, and PC players can all enjoy the new upgrades brought by the latest “No Man’s Sky” Update 3.85.

The new Outlaws Expansion offers a different gameplay style, unlike other in-game enhancements. In this update, gamers can play as pirates. Kotaku reported that players could do all sorts of illegal things in the game, such as stealing, smuggling, pirate raids, etc. 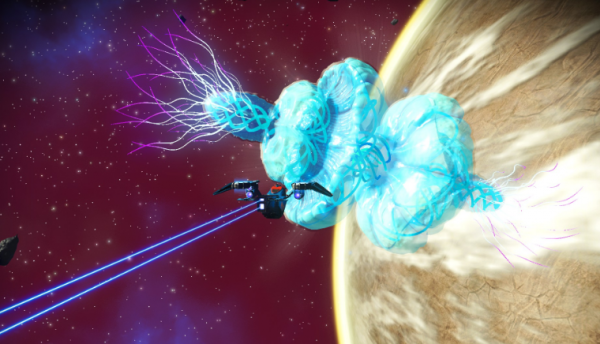 No Man’s Sky has released a very piratey update called “Outlaws.” I’ll be streaming it this morning. PrairiePirate is also near 1000 hour of playtime in the game! https://t.co/pjZN9F3F9d https://t.co/TYq0Oq8cvc pic.twitter.com/jKbpsXlgSc

“Solar Ships are a new high-tech starship class, with a full and diverse range of procedurally-generated variations,” said Hello Games via its official path notes report.

Aside from the new Solar Sail Starship, the so-called outlaw stations also offer a new marketplace for contraband in-game items.

These stations also allow players to enjoy missions as space pirates. Another in-game enhancement you can look forward to involves space combat. With the new Update 3.85, your ship will now have an energy shield.

Enemies need to destroy this forcefield before they can deal any damage to your spacecraft. If you want to see more details about Hello Games’ latest enhancements in the new Outlaws Expansion, you can visit this link.

What Players Say About Outlaws Expansion

Xbox’s official YouTube channel released the trailer of “No Man’s Sky” Outlaws Expansion. In the video, you can clearly see that the in-game enhancements are well executed.

Because of this, “No Man’s Sky” fans shared their excitement as they can enjoy, especially since they could enjoy a brand new gameplay experience.

In the comment section, a player said that Hello Games is actually doing a great job for the free in-game expansions.

He added that it is amazing how the game developer released exciting upgrades despite the recent criticisms.

You can view the actual trailer below to see more of the fans’ comments.

On the other hand, “No Man’s Sky” fifth anniversary was celebrated last year by allowing players to train their alien pets.

For more news updates about “No Man’s Sky” and other popular shooting titles, always keep your tabs open here at TechTimes.