Apple earlier this week announced the discontinuation of the iPod touchand because it was the last iPod still available for purchase, its sunset effectively marks the end of the entire iPod lineup. 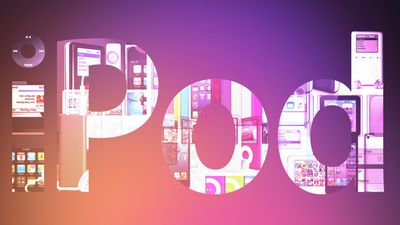 To send the iPod on its way, we thought it would be fun to take a look back at some of the most notable iPod releases over the last 21 years.

Introduced in October 2001, the original iPod was introduced as a device that put 1,000 songs in your pocket. It became one of Apple’s most iconic and well-known products, and is one of the devices responsible for skyrocketing Apple back to success.

The original iPod offered a hard drive with 5GB of storage space and a scroll wheel that only physically turns, and it remains the iPod with this design. It also featured a FireWire port to connect to a Mac, and it sold for $399. Apple followed the original iPod with an almost identical second-generation model in 2002 that featured a capacitive-sensing Touch Wheel with click buttons around the sides, and a third-generation model added an even more refined Touch Wheel with buttons above. The third-generation iPod also added a Dock Connector. 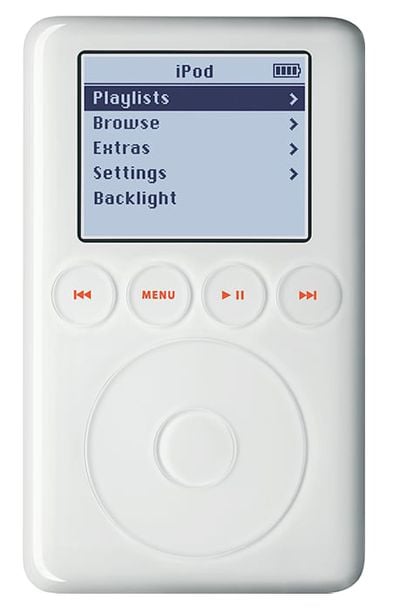 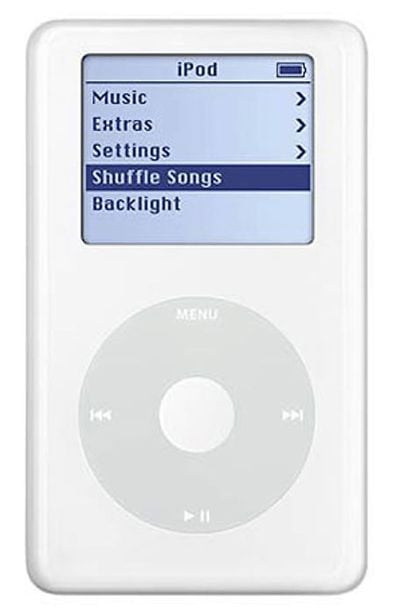 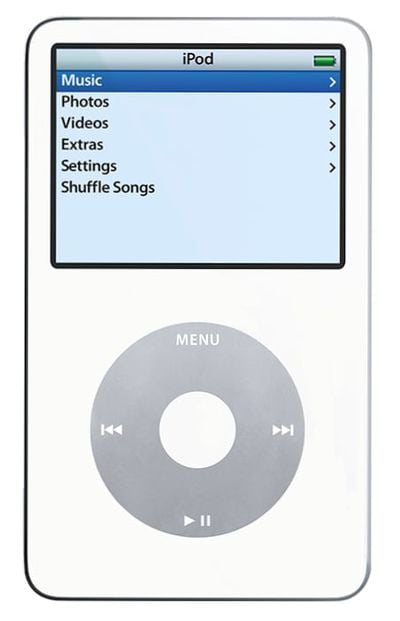 Apple added video capabilities in 2005 with the fifth-generation iPod, and this was also the first iPod that came in black aside from the special black and red U2 edition of the iPod. 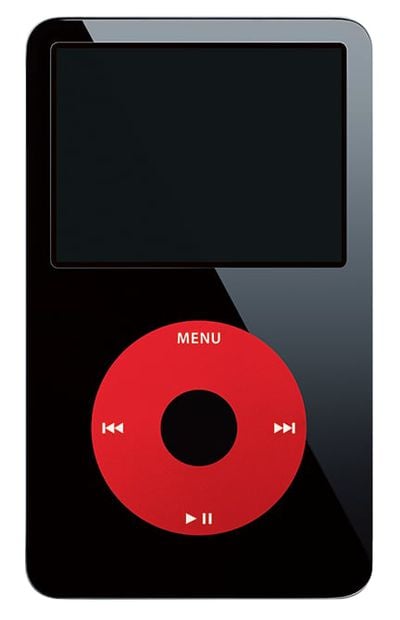 After the iPod video, Apple introduced the iPod classic, and several versions came out in 2007, 2008, and 2009, all of which were similar in design. The 2009 iPod classic was Apple’s final iPod at the size, and it featured a 160GB hard drive, a Click Wheel, and a widescreen color display. It stuck around until it was discontinued in 2014. 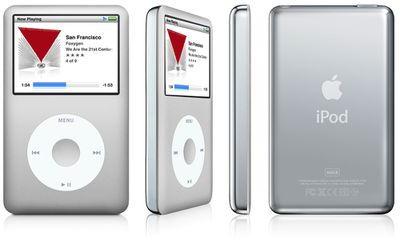 Apple’s first iPod mini came out in 2004, and it was much smaller in size than the standard iPod. It came in several fun colors that include yellow, blue, pink, and gold, and it had a standard Click Wheel. 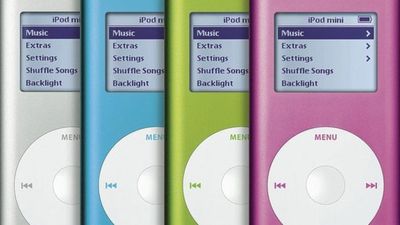 The iPod mini didn’t stick around for long, and while there was a second-generation version in 2005, it was discontinued after that in favor of the iPod nano.

Replacing the iPod mini, the iPod nano is one of Apple’s most interesting iPods because of the many major design iterations that it saw over the years.

Apple started out with a slim, aluminum-colored iPod with a Click Wheel, a color screen, and flash memory that allowed Apple to cut down on the size. The nano was replaced in 2006 with the second-generation version that had more rounded edges, a smaller form factor, and bright aluminum colors. 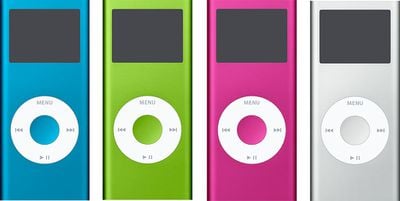 For the third-generation iPod nano that came out in 2007, Apple went in an entirely different direction, and this nano was colloquially known as the iPod nano “fatty.” It had a wider, squatter body with a wider display, and it came in several color options.

The nano fatty only lasted for one year before being replaced with the once-again slimmed down fourth-generation iPod nano, which came in a whole rainbow of colors. It got a taller screen, a curved front, and an accelerometer for the “Shake” feature that let you shake an iPod to shuffle songs. 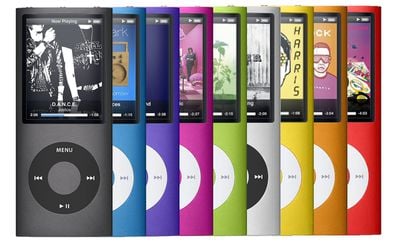 Apple’s 2009 fifth-generation iPod nano was similar to the fourth-generation model, but had a taller screen and it gained a camera and a microphone. It also came in glossier colors, but Apple kept the wide array of color options.

The nano got a major design overhaul in 2010 with the sixth-generation version that was just a screen in a square-shaped body. It used a multi-touch display instead of a Click Wheel, and this is the version that people attached watch straps to, making it something of a precursor to the Apple Watch. 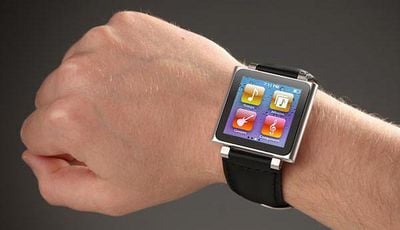 Apple changed the design in 2012 with the seventh-generation iPod nano, reverting to the rectangular shape but leaving the multi-touch display in place. The nano from this era looked similar to a tinier iPod touch, featuring a Home button and support for multiple apps. The seven-generation iPod nano got new colors in 2015 before being discontinued in 2017.

Apple’s first iPod shuffle was introduced in 2005 ahead of the second-generation iPod mini, and it looked a lot like an Apple TV Remote. It was Apple’s first iPod with no display, featuring nothing but a control pad in order to keep the size down, plus it doubled as a flash drive. 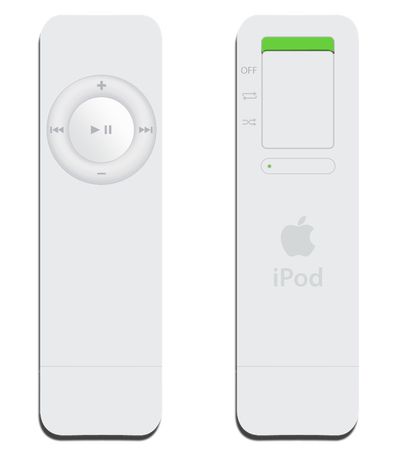 The second-generation iPod shuffle got a significant redesign in 2006, and Apple shrunk it to about half the size of the original and added a belt clip. It was advertised as the world’s smallest MP3 player at the time, and there was even a little iPod shuffle dock for charging it up through the headphone jack. It launched in silver, but Apple eventually came out with additional colors like pink, blue, green, and orange.

The iPod shuffle got yet another redesign in 2009, with Apple adding a voice feature that let it speak the names of songs and albums aloud using text-to-speech. This is the model where Apple did away with the on-device controls, instead using headphones with an attached remote for playback. 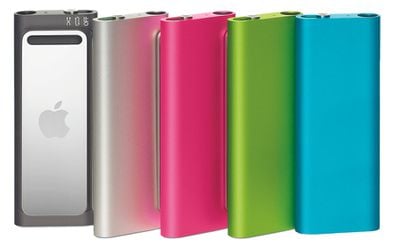 The iPod Shuffle didn’t receive any other design updates, though Apple did introduce new colors in 2015. It was ultimately discontinued in 2017.

The first iPod touch came out in 2007 alongside the iPhone, and it was a more affordable ‌iPhone‌ alternative that did not have cellular capabilities. It looked a lot like an ‌iPhone‌ with a 3.5-inch multi-touch display, and it came with WiFi support, Safari integration, and apps like YouTube, Mail, Maps, and Weather. 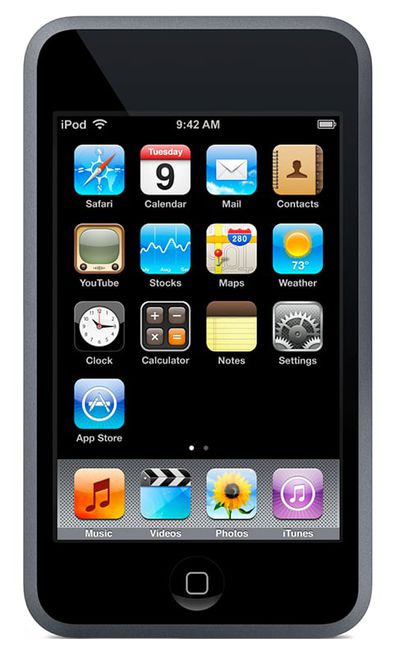 The second and third-generation iPod touch models had the same design, but when the ‌iPhone‌ 4 came out in 2010, Apple also redesigned the iPod touch to have a similar look. It included a front-facing FaceTime camera, a rear camera, and support for iMessage, plus it came in black or white. 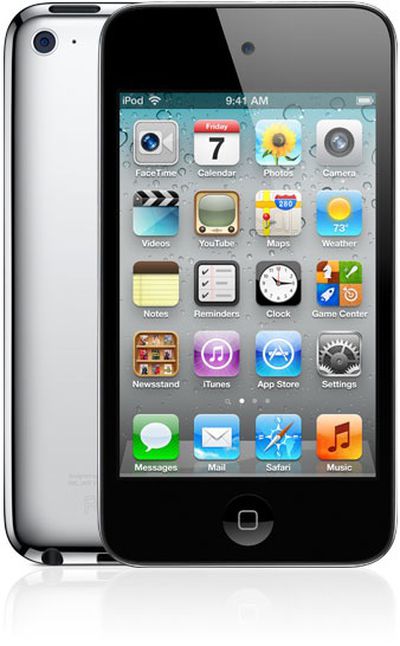 Apple redesigned the iPod touch again in 2012, and the fifth-generation model had a larger display and a thinner body, plus it was the first iPod touch to come in bright colors. It was released alongside the ‌iPhone‌ 5 as a pocketable computer with an A5 chip. 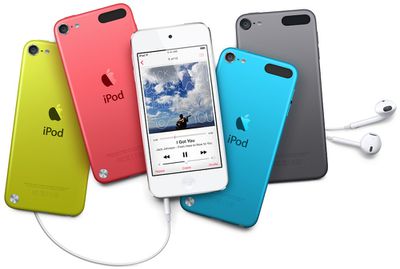 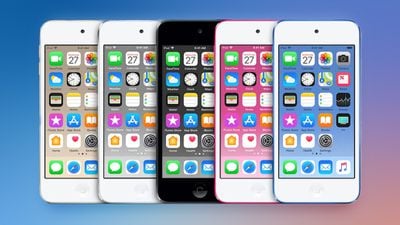 Apple said that it decided to sunset the iPod lineup because the iPod’s capabilities are now built into every Apple device, from the ‌iPhone‌ and the iPad to the Mac, ‌Apple TV‌, HomePodand Apple Watch. 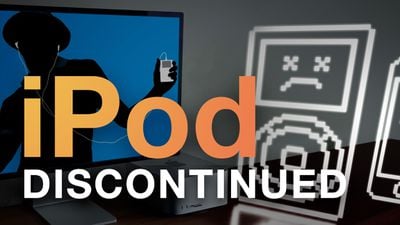 Almost every modern Apple device supports the Apple Music service that Apple introduced in 2015, and it is also available on the web, on Android devices, and more, making the iPod superfluous. Apple is selling the iPod touch while supplies last, but it is already sold out in the United States.

You may still be able to find an iPod touch from a third-party retailer, but make sure to act quick because they’re selling out quickly as people aim to get one of the last available iPods.